It's picture time (AKA the lazy blogger's way to post) 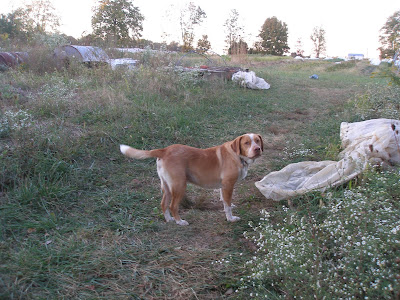 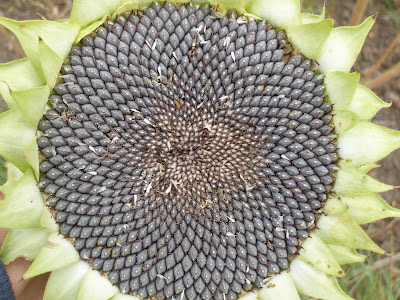 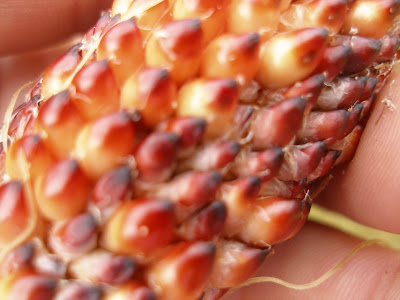 Popcorn not quite ready to harvest but it had to be any way and did end up coloring up completely after a few days of drying. 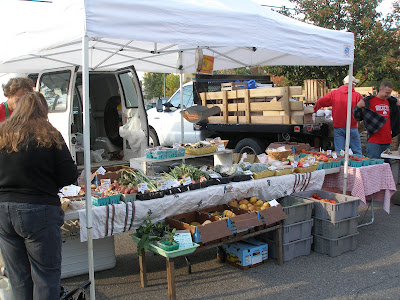 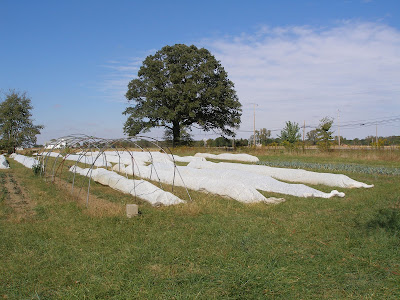 Late September garden. The row cavers are there to keep as much moisture in the ground as possible as we have been in a drought most of the summer 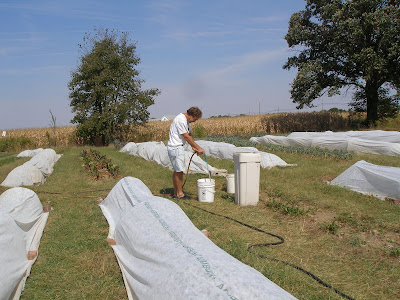 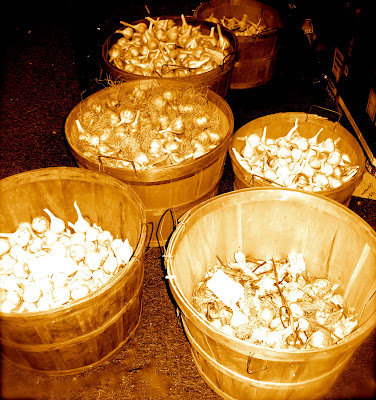 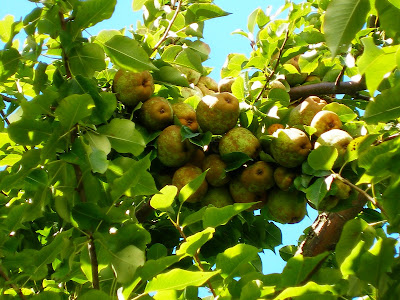 pears on the tree (taken about 5 minutes before they were harvested)
Posted by Lucy at 3:56 AM 1 comment:

Washington, D.C. (Sept. 30, 2010)—The United States Court of Appeals for the Sixth Circuit today ruled in favor of the Organic Trade Association (OTA) in a landmark case that would have prevented consumers in Ohio from knowing whether products on grocery store shelves were produced without synthetic growth hormones.

“OTA believes consumers have a right to know how their food was produced, and organic farmers and manufacturers should be allowed to tell them,” said Christine Bushway, CEO of OTA, the leading voice for the $26.6 billion organic industry in North America. “We are pleased the court agrees,” added Bushway.

In order to qualify for the organic label, organic farmers are prohibited from using synthetic growth hormones (rBGH), genetically engineered organisms (GMOs), antibiotics and toxic, persistent, synthetic pesticides. The standards also mandate a rigorous system for inspection, certification and verification of organic practices, all of which protect consumers who choose organic foods.

The court’s decision upholds consumers’ rights to receive truthful information about organic production practices on the labels of their milk and other dairy products. Additionally, it recognizes the rights of organic dairy farmers and processors to communicate truthfully with consumers regarding federally regulated organic production practices under the USDA Organic seal. As a result of this victory for organic, consumers will continue to see truthful information on organic product labels in Ohio and across the country.

The Organic Trade Association and its members, including Horizon Organic®, Organic Valley®, and Stonyfield Farm®, filed the appeal in conjunction with the International Dairy Foods Association (IDFA).

The overwhelming majority of Americans seeks this information on product labels. The Consumer Reports National Research Center polled more than 1,000 people nationwide on various food labeling issues; some 76% of those polled were concerned with ‘dairy cows given synthetic growth hormones’ and 88% agreed that ‘milk from cows raised without synthetic bovine growth hormone should be allowed to be labeled as such.’

The United States is in the minority among industrialized nations by allowing the use of synthetic growth hormones to artificially stimulate milk production in dairy herds. The practice is already prohibited in Canada, Japan, Australia, New Zealand, and in the 27 countries of the European Union.

The best way for consumers to be sure they are choosing products produced without the use of synthetic growth hormones (rBGH), genetically engineered organisms (GMOs), antibiotics and toxic and persistent pesticides is to look for the organic label.