http://acresmidwest.com/boulder-belt-eco-farm-dont-call-them-organic-even-though-they-are/
Posted by Lucy at 3:42 PM No comments: 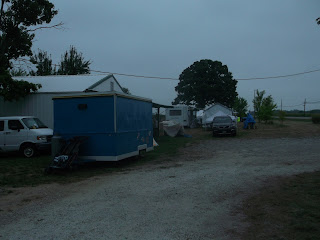 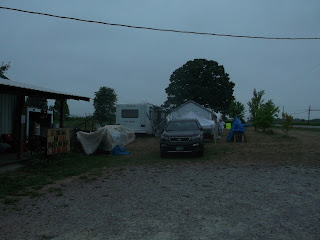 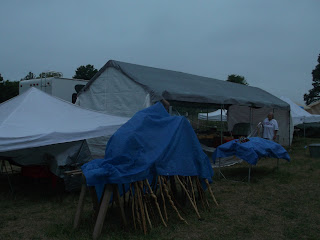 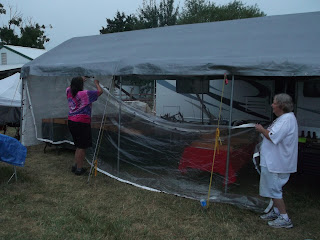 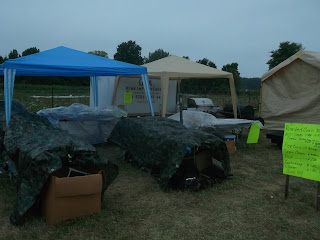 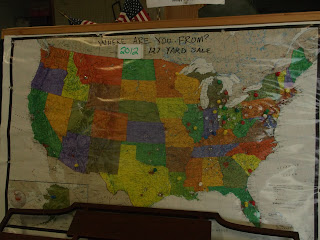 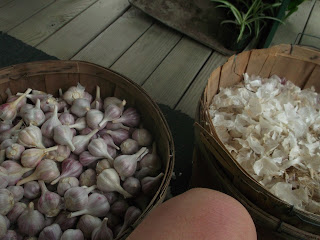 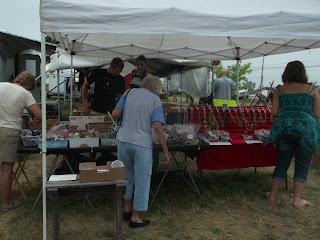 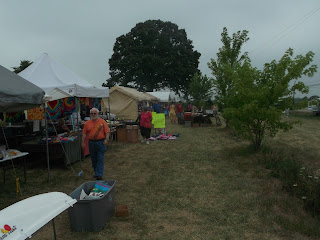 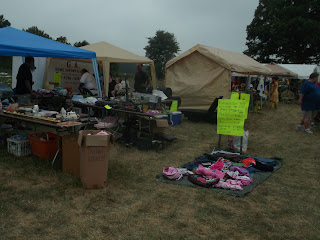 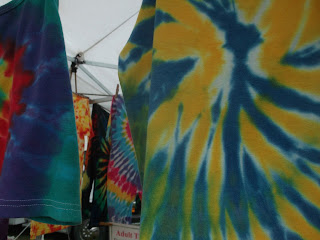 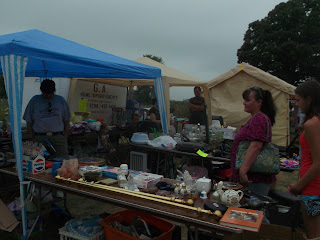 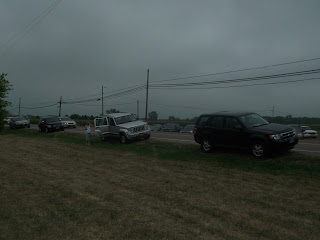 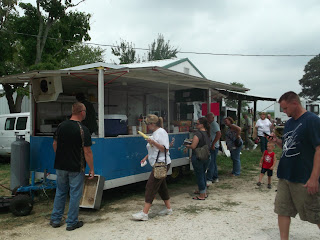 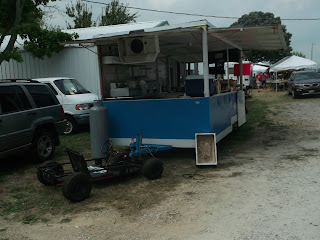 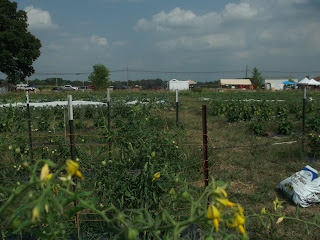 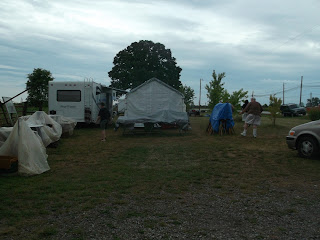 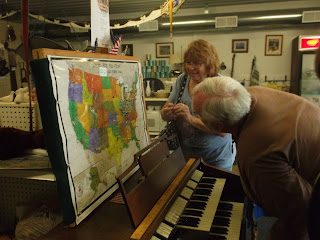 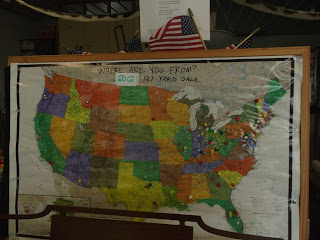 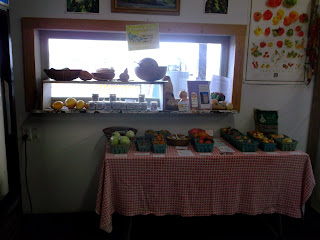 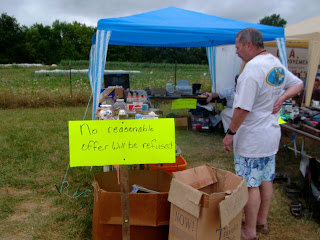 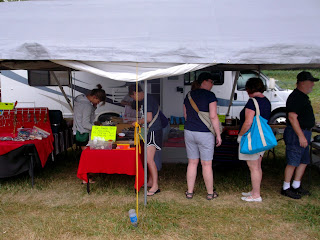 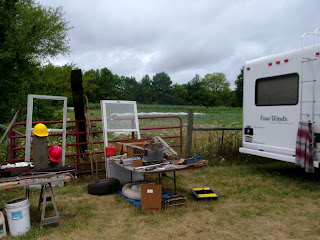 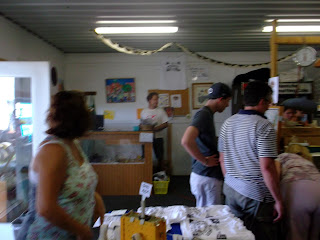 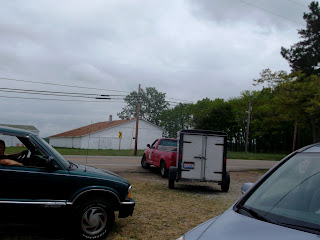 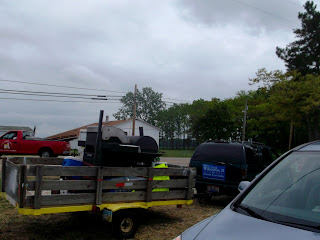 A Rant about Fake CSA's

Every now and again I get in my in-box information about selling produce to subscription services. These are services that buy and resell produce to the public and often deliver door to door. Most advertise locally sourced food, though in reality much of it is not local even in parts of the year when they could do 95% local (things like coffee, bananas and pineapples don't grow around here and are usually offered). Most are franchises and not locally owned (though I know of three that are local in SW Ohio) and most, at least the first couple of years, if not longer, do not have enough contacts in the local agriculture scene so they cannot deliver consistent local supply and must depend on the national/international supply chain with locally sourced food generally not making up more than 50% of the offerings.

As a CSA farm I have a problem with these businesses because they obliquely present themselves as a CSA type business. After all, they sell subscriptions of whole foods, most of it is organic and some of it is even local. And to the average food buyer what they do is close enough for them to be confused and think they are buying into a real CSA.

By real Community Supported Agriculture I mean where there is an actual farm (or farms) directly associated, i.e you are buying direct from the farm (or farms) that grows the food and not buying resold product from a middleman. I have run into people who by from these food delivery services who believe they are in a CSA and are rather surprised when I say they are not and explain the difference. For example a real CSA that grows all the members' food will never include bananas or coffee in a share (unless in the tropics or has some sort of wicked great greenhouse system going) because than they are engaged in reselling non local items which does not contribute to supporting local agriculture and specifically a particular farm or group of farms which is pretty much the whole basis for real CSA.

So people buy subscriptions from these places thinking they have joined a real CSA. They are pleased because they get to order what they want. There is little seasonality so tomatoes and other items are available year round, just like what they are used to and it is delivered. Sweet. But it ain't a CSA with which they have contracted. A CSA will have seasonal seasonal food. The offerings each week are completely dependent on the time of year and the weather. This means in spring you eat a lot of leafy greens and asparagus and in summer loads of tomatoes, eggplant and basil and in fall squashes, carrots and onions. For most people this is a strange way to eat because the industrial food system we all grew up with got rid of seasonality decades ago. So most people are quite unaware that there are seasons for foods. 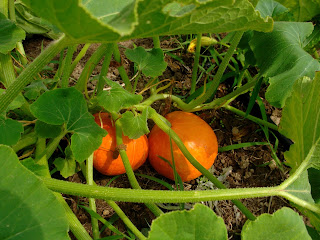 These places are effecting the real CSA's. I have noted that around the country CSA's that have for the past 10+ years filled up with hundreds of members and had waiting lists are not filling up are just barely filling up. I got an email from a local extremely well established CSA in my area that has always sold out by early spring that for the first time has opening in May! I also know that our CSA is way down in numbers this year and there does not seem to be the interest in it this year as there was last year. And I know there are many more of these produce delivery services popping up all the time (because I get in their mailing lists because I am a possible grower for them). And I believe that many people who have either been in a CSA a year ot two or have been thinking of joining on have done just that.

They are making it harder for us small farms to run as CSA as we cannot do what they do (or at least not as well in many respects). I have long thought while interesting and appealing, the CSA as a business model was not very good for Americans because it is so different from what we are used to - 24/7 any time of year food availability. incredible convenience. CSA give us incredible inconvenience-limit availability, shared risk, on farm pick-up, possible work days (and in the old days a member driven "core-group" that made most of the executive decisions and required weekly work efforts)
Posted by Lucy at 12:31 PM 1 comment: